The Neighbour by Caleb Caudell 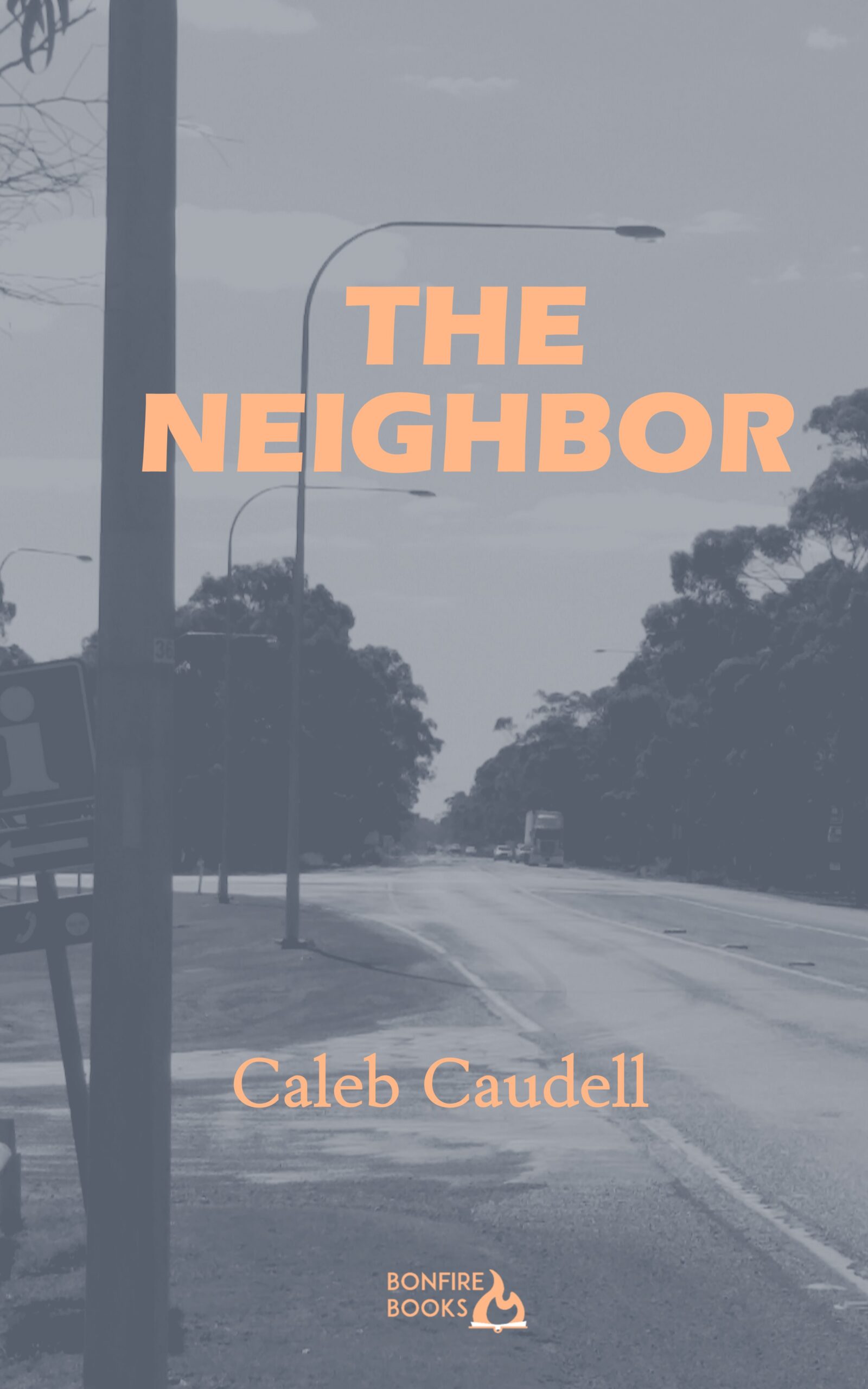 Either side of the road was lined with wooden poles. Power lines scarred the sky and cut across static white clouds, defacing the heavens for the sake of everlasting electricity. Clemons walked for miles without seeing any signs of town. It was all highway and speeding trucks and power lines, grass and dirt and shrubs and woods.

Every so often on that path carved out of the wild earth, there was a stinking and splayed deer carcass feasted on by flies; some with bright red flesh and blood and entrails bursting from torn torsos, other blackened and grey, almost reabsorbed into the concrete. Flattened frogs and opossums stuck to the middle of the road, hit again and again in macabre and sadistic rhythm. Squirrel bodies crushed into paste, their dead black eyes glinting in the sun. A range of life bewildered and terrified and extinguished by nonchalant human death machines and the crushing power of efficient transport.

Clemons stepped over smashed and broken corpses and held his breath but sometimes the smell and sight made him retch. Dry heaving and gagging and eyes watering, he lumbered over workaday carnage, hopping over and walking around shards of turtle shell and glistening guts and tufts of rabbit fur glued to the asphalt. He looked up and saw vultures circling in the sky and perched on branches of nearby trees. Bald birds, ugly and cynical, with an appearance of faithless contempt stemming from their scavenging.

There is a fledgling genre of literature flapping its wings in the dark and obscure corners of the American writing scene. I refer to a small number of authors of the Midwest, the poetically named ‘Rust Belt’, the forgotten and flown over remnants of the American industrial heartland. Their voices are unlike those that dominate today’s commercial best-seller lists of hero’s journeys, “speaking truth to power” or slaying Leviathan – whether he be a greedy capitalist, sleazy film director or the ghost of a plantation owner. Rather, they are the confessions of those trying to simply get by in a place where the face of rapaciousness is a fried chicken truck stop and the search for meaning is replaced by seeking oblivion – delivered by industrially poisoned food or the neighbourhood Dr. Feelgood.

This is where The Neighbor (Caleb Caudell, Bonfire Books 2021) takes its place, an unflinching portrayal of everyman Jessie Clemons, pushed from the dull edge of a dead-end existence and plunged into tragedy and misadventure along the loud and exhaust-filled state highways and down dimly lit basements with a frail yet enervated patience, ready to die but not nearly dead.

Gripping and gritty, fast-paced and dour yet revealing a glimmer of triumphal will, The Neighbor marks Caudell’s debut as a novelist, after writing extensively in a style of literary realism at Middle American Lit, creating an emerging new brand of didactic and sensuous self-reflection firmly located in the deterritorialised geography of the American Midwest.